Former US secretary of state Madeleine Albright dies at 84

Known as the first female US secretary of state and a pop culture feminist icon, Madeleine Albright died yesterday at the age of 84, her family said. Albright fled Nazis as a child in Czechoslovakia during World War Two, but became the first female secretary of state of the United States. In an administration that avoided genocides in Rwanda and Bosnia-Herzegovina, Albright was a tough-talking diplomat. 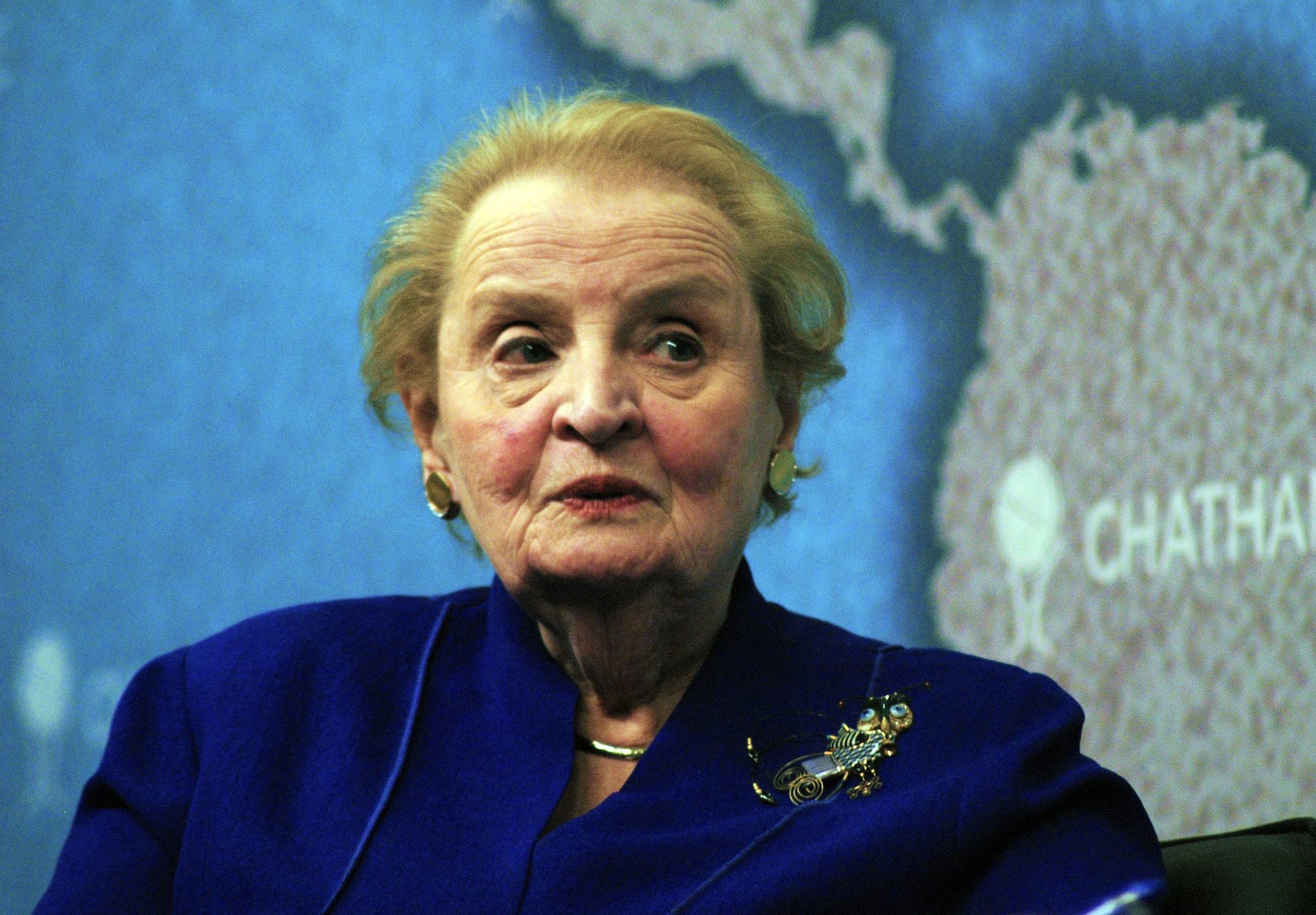 “We are heartbroken to announce that Dr Madeleine K Albright, the 64th US Secretary of State and the first woman to hold that position, passed away earlier today. The cause was cancer,” the family said on Twitter. Albright had urged a tougher stance against the Serbs in Bosnia after becoming ambassador to the UN in 1993. However, during President Clinton’s first term, many of the administration’s top foreign policy experts vividly recalled how the US got bogged down in Vietnam, and were determined not to repeat that mistake in the Balkans. In response, the United States collaborated with NATO on airstrikes that ended the war, but only after it had lasted for three years.

Dr. Albright was a Professor in the Practice of Diplomacy at the Georgetown University School of Foreign Service. Dr. Albright was Chair of Albright Capital Management LLC, an investment advisory firm focused on emerging markets. She also chaired the National Democratic Institute, served as the president of the Truman Scholarship Foundation, and was Honorary Co-Chair of the World Refugee Council. In 2021, she was appointed Chair of the Defense Policy Board, a group tasked with providing the Secretary of Defense with independent, informed advice and opinion concerning matters of defense policy.

Dr. Albright was a seven-time New York Times bestselling author. Her most recent book, Hell and Other Destinations, was published in April 2020. Her other books include her autobiography, Madam Secretary: A Memoir (2003); The Mighty and the Almighty: Reflections on America, God, and World Affairs (2006); Memo to the President: How We Can Restore America’s Reputation and Leadership (2008); Read My Pins: Stories from a Diplomat’s Jewel Box (2009); Prague Winter: A Personal Story of Remembrance and War, 1937-1948 (2012), and Fascism: A Warning (2018).